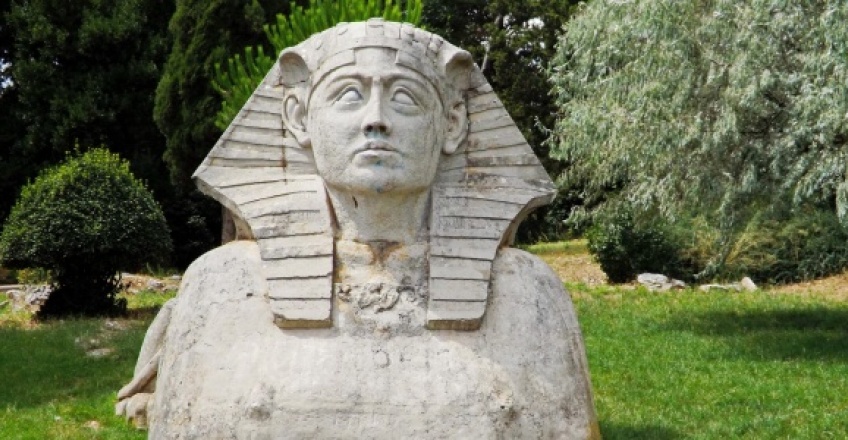 Thinking about the things we wanted to suggest to you to do and visit while staying in Zadar and its surroundings, we thought of many things. So here are some suggestions that shouldn’t be missed if you want to get to know the life of this city and enter in its Mediterranean features. Some of these things are inevitable daily routine for the citizens of this city, and we will show you what it looks like. You can combine them depending on your mood and time, and we are sure that your stay in Zadar will not leave you indifferent, that the city will remain in good memory and that you will come back.

To drink early morning coffee while the city is awakening, while it smells on the fresh morning, when the fresh food is brought to the market from the hinterland, when the fish arrives at the counters of the fish market directly from trawlers and while the city feels the smell of the fresh bread is truly invaluable. However, if you are not staying on the peninsula for the full experience you should take the ride with the small boat (barka) that connects the Coast of Prince Trpimir (Obala kneza Trpimira), or better to say its pier with the lighthouse, with the Liburnian Coast (Liburnska obala) at the peninsula. It may seem that there is nothing special to it, but the ride in this small boat rowed by barkajoli is a way of connecting to the distant past of the city. Namely, this tradition goes back to the 14th century and is deeply rooted in the lives of citizens of Zadar and its visitors, as this is simply something you have to do when you are in Zadar. The hardworking hands of the barkajoli row each day during all four seasons, keeping the tradition passed from father to son defying contemporary trends. Otherwise, the ride in barka will reduce the walk to the city for 15 minutes, since the ride over this 71 meters wide pass will take only a minute and a half.

Think about the secrets kept by the Zadar Sphinx...

After the morning coffee, it is time for another boat ride that will take you back to the Coast of Prince Trpimir, from where you can walk by the sea in direction of Borik and in a short time reach the district Brodarica, where in its cove Maestral you can find a sphinx located in the park of villa Attilia, the oldest villa in this part of the city. It was built in 1901 by a distinguished Zadar restorer, academic painter and art historian Giovanni Smirich. After the death of his beloved wife Attilia in 1918, in the park surrounding the villa he built the replica of the Egyptian sphinx in her memory. The sphinx is made of concrete, but it is distinguished by the relief of the eagle on its chest, while instead of the paws there were fingers holding the sword. During the years the sphinx was devastated, but with the care of young people of Zadar it was cleaned along with the environment and is an ideal place to pause and relax in the deep shade of tall trees. Many stories are linked to the sphinx like the one of the hidden treasure buried beneath it, but despite attempts, fortunately, it was not completely destroyed.

Night in the city

After the afternoon spent on the beach, at the end of working day, at the return from a trip... it is time for a short break on the waterfront, or at the Greeting to the Sun. There, with the sounds of the sea organ, you will say goodbye to yet another day.

Zadar is famous for the fascinating sunsets that enchanted even the legendary Hitchcock. In 1964, he stayed at the hotel Zagreb and enjoyed the dusk. He said that the sunset in Zadar is the most beautiful sunset in the world, more beautiful even than the one in Key West, Florida, which is applauded every night. The sunsets in Zadar are still unforgettable, catching the eye not only of many visitors, but also of Zadar inhabitants, who everyday have the opportunity to enjoy the day-to-day games of colors at the sunset. 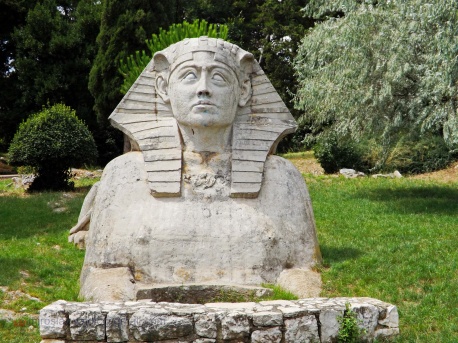 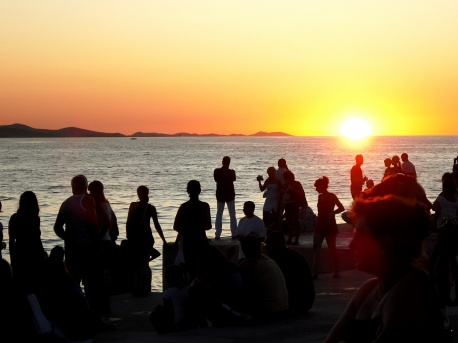