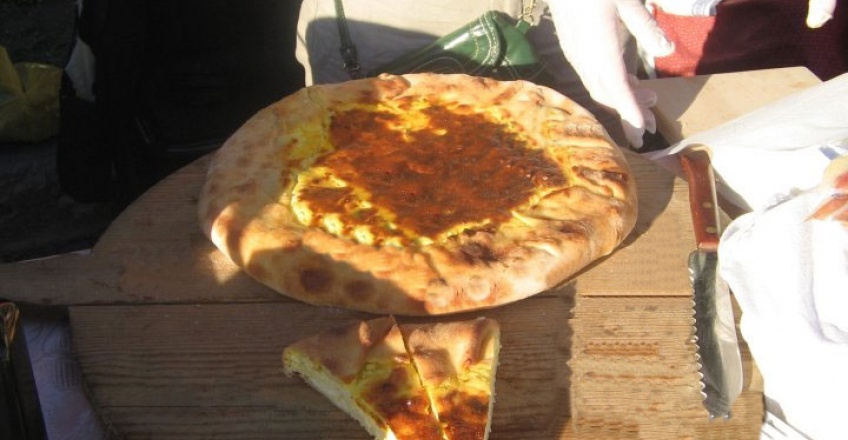 Since the local gastronomy is extremely rich and it indicates to the strong connection of the northern part of Dalmatia it is difficult to name a typical dish of Zadar, but we can mention a range of dishes belonging to the wider Zadar area, or to the Zadar County area.

In this area various delights that are traditionally prepared by the inhabitants of the surrounding area, i.e. in the coastal area, hinterland, on the islands and in the mountain areas are mixed. For example, vegetable production is the most developed in the coastal area, from Bibinje to Pakoštane, and in the hinterland. The sea is an indispensable source of white and especially blue fish, but also the fish farming in cages is quite expanded. Extremely fertile area of Ravni kotari is rich in olive and grapevine, in the area under mountain Velebit and in the Novigrad Sea mussel-farming is spread. Nature in this area is filled with wild edible and medicinal herbs, and wider Zadar area is well known for the production of meat and especially lamb.

The diversity of Zadar gastronomy can be seen also in the rich offer of food at the Zadar market and at the nearby fish market, where every day fresh fruits from the land and sea are delivered.

The connoisseurs of the local cuisine selected three ingredients as an instant gastronomic image of Zadar: blue fish, lamb and scampi. However, on the menu of numerous restaurants and taverns, not only in the city but also outside the city one can find cheese from island Pag, a cured meat product called šokol from Nin and prosciutto from Posedarje. Today, these delights are branded as the original Croatian products. The ingredients that make them so special are spices, bura, salt, smoke, and above all the work of hardworking hands of Dalmatian people. Don’t miss the chance to try brudet (fish stew) from Kali, lamb from Pag, kid’s meat from Bukovica, mussels “na buzaru”, prisnac from Benkovac, sardines from Sali, pašticada, different fish stews or and other fish dishes, but also asparagus with eggs or chickpeas.

And for the dessert, we suggest the Zadar cake, made by the recipe more than two centuries old, or you can try fritule, kroštule or almonds in sugar.